At Teklas, automation is a “style” adopted from production throughout quality control

Automation is only a word in the dictionary! But at Teklas, it is a “style” adopted from production throughout quality control. 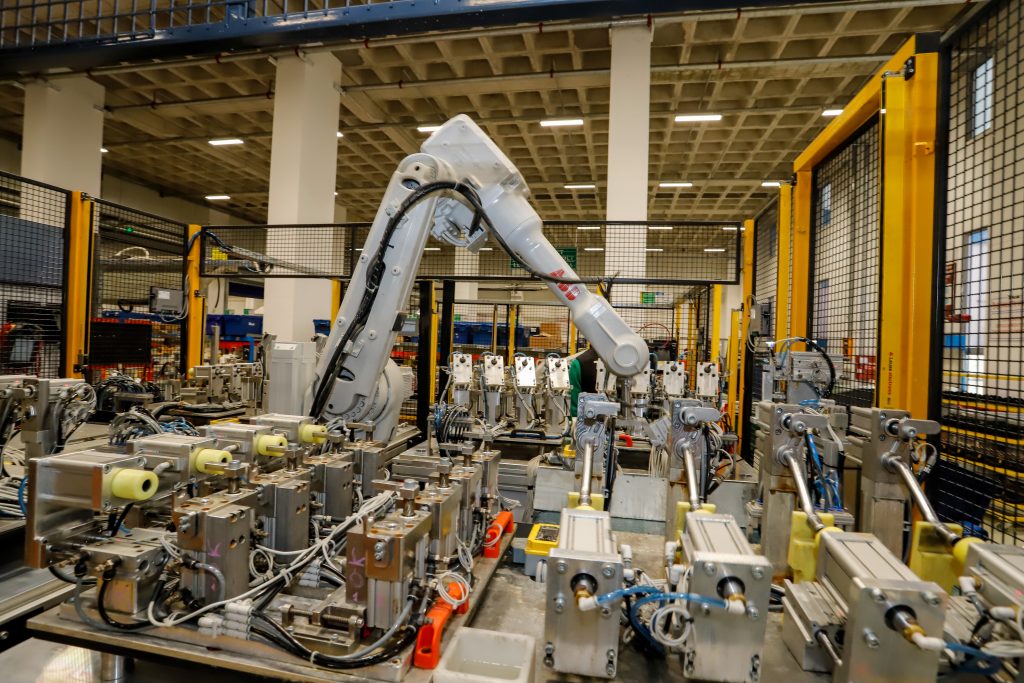 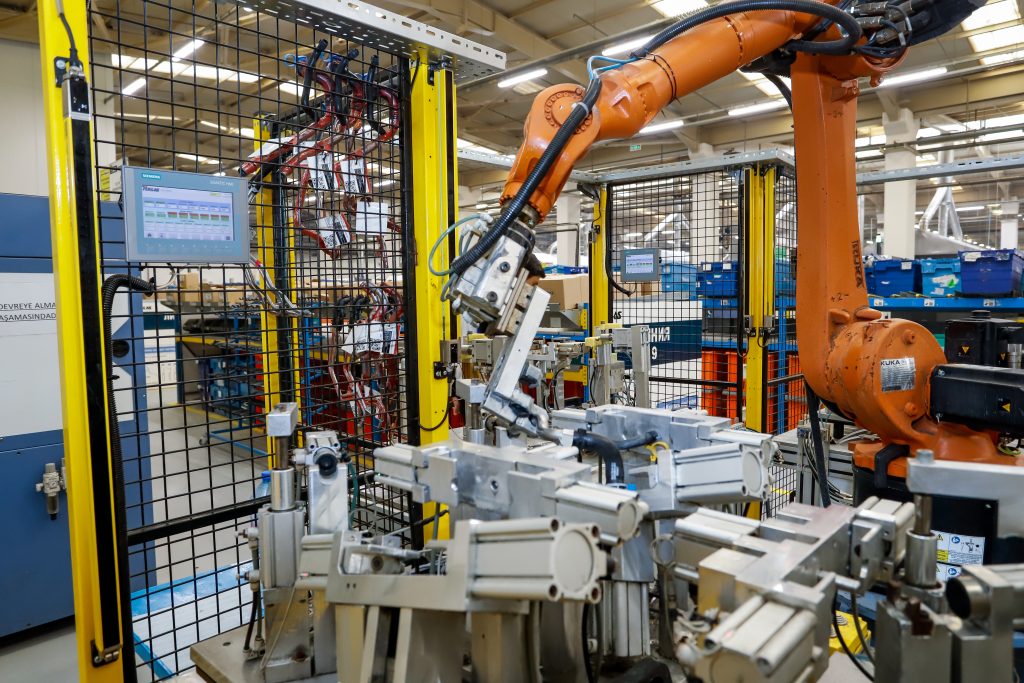 Some of our products, have bent metallic components. As is well known, the force you have to apply to bend something is inversely proportional to the length of the lever arm. In simpler words it is easier to bend long things. So, in some cases we take a longer metal than we need, bend it, then cut the unnecessary part. Pratically, the robot locates the part with a camera, takes it, brings it under the saw, the saw cuts it into two pieces, the robot takes the cut pieces, brings them to an other machine, which clears the deformations caused by the saw. With this automation, we aim to achieve faster and more stabile production, while keeping the operator safe and far away from the steel saw.

With the developing image processing technology, we are not only able to locate the parts we see, but also to check their quality. Robots travels above almost all products we send and checks whether it was produced the way the customer wants it or not.

Even though each plant has it’s own automation team, we are all working collaboratively and we can say that almost all plants already have or are going to have the same level of automation. We are seeing automation as the key factor for Teklas to be competitive among other companies and we can confidently say that we are one of the most developed companies in the sector, automation vise.