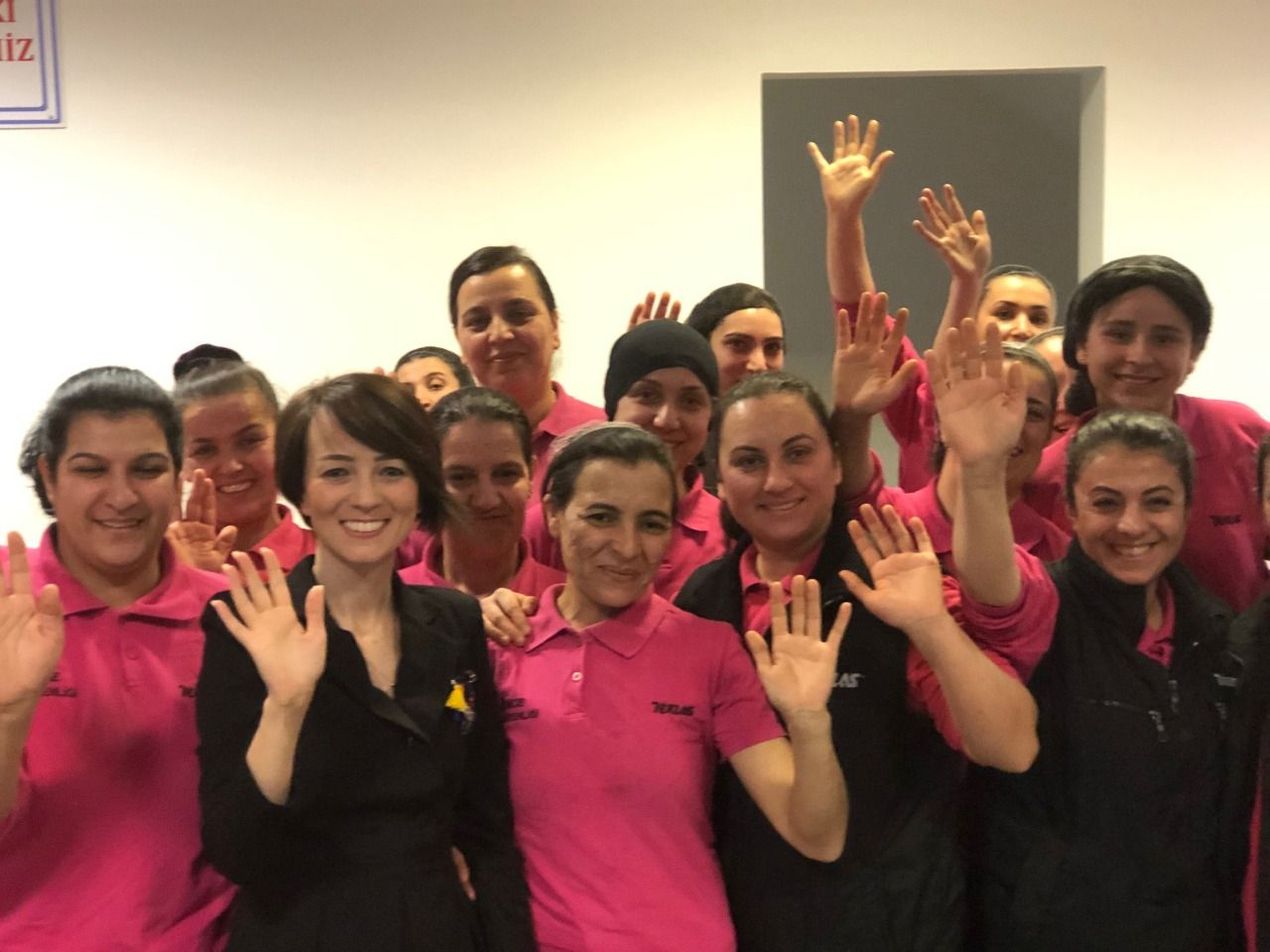 Teklas which lately become prominent with its social responsibility acts, gifted color needles to its female employees that are made by women who are the victim of violence and currently live in the Women’s Shelter. Later, the women workers of Teklas watched the film named as “Being a Women in Production” which produced by their photographs.